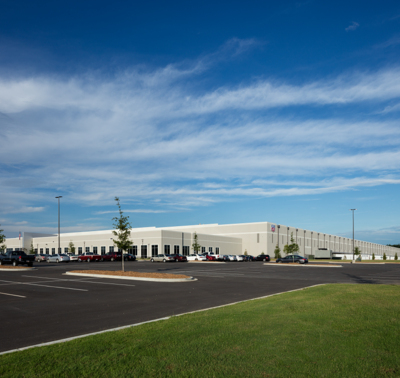 Four companies that have significantly contributed to transforming the Upstate business community were recognized Thursday night by Spartanburg Community College.

Thirty companies were nominated for the Economic Visionaries awards. The winners were announced at a ceremony at the Spartanburg Marriott. About 600 people from the business community attended the annual event.

Crow and Bulman Engineering received the award for companies with 50 employees or less. The business designs HVAC systems for schools, offices and businesses in the Upstate. Founded in 1980, it employs six people.

“Economic Visionaries, it was a concept that appeals to us because a large part of what we do is deal with energy,” Crow and Bulman President Wade Crow said. “Energy is a big part of our economy, and the visionary part is how we can utilize energy in innovative and unique avenues.”

The award for companies with 51 to 100 employees went to Johnson Development Associates. Johnson Development has developed projects in 17 states and has 40 projects under construction. The company helped develop Spartanburg Community College’s Tyger River Campus and a slew of other projects.

The president of Johnson Development’s Industrial Division, Rob Rain, accepted the award. Rain said developing projects in Spartanburg would continue to be a top priority.

“It is a privilege to accept this award on behalf of Johnson Development,” Rain said. “I want to thank the community college for his honor, but more importantly for all the work you do.”

The Greenville-Spartanburg Airport District, established in 1962, received the award for companies with 101 to 300 employees. The district has 185 employees and $261 million in assets.

GSP recently conducted a $127 million renovation of its terminal, which was opened to the public in May 2017. Greenville Spartanburg Airport President David Edwards accepted the award. Edwards said he anticipates more growth in the Upstate and the airport is prepared to meet local needs.

AFL Global received the award for companies with 300 or more employees. The company has manufactured optic fiber technologies over the past 33 year and recently launched a workforce development program with the college to train high school students in manufacturing.

“We are very proud to be one of the recipients this year,” AFL Global Executive Vice President Kurt Dallas said.