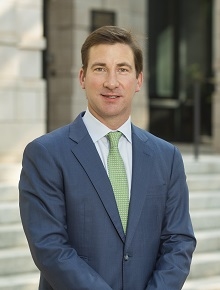 Ted Collie serves as President of the Multifamily Division at Johnson Development Associates, Inc. (JDA). In this role, Ted is responsible for formulating JDA’s multifamily acquisition and development strategy along with building and leading the team in its execution. Prior to joining JDA, Ted worked with Cortland as Executive Vice President of Investments, where he led their regional investment teams, evolved their investment strategy, and sat on Investment Committee. During his tenure, Cortland was the fastest growing multifamily platform nationally. Previously, Ted worked at H/2 Capital Partners in New York and served as Director of Acquisitions at Archstone where he was instrumental in their East Coast expansion.

During his career, Ted has executed over $30B of transactions across several dozen markets. Ted graduated from the McIntire School of Commerce at the University of Virginia before receiving his MBA at Columbia University. He resides in Spartanburg, South Carolina with his wife and daughter, where he serves on the United Way of the Piedmont's Education Vision Council and volunteers at Meeting Street Academy.