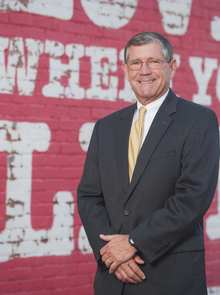 Dan's background training includes five years with the South Carolina State Ports Authority from 1979 until 1983 as a budget analyst, four years tax practice with Price Waterhouse from 1983 until 1987, and service as CFO of Johnson Development Associates, Inc. from 1987 until 2007.  He also serves on several private company boards, civic organizations and is a past Elder of First Presbyterian Church of Spartanburg.