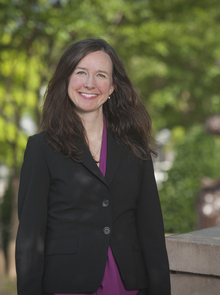 Brooks Gaylord serves as General Counsel for JDA and assists the Industrial and Multifamily Divisions with a myriad of legal issues surrounding development, construction and operation of industrial facilities throughout the United States and multifamily projects on the west coast, including contract negotiations, construction and permanent financing and regulatory compliance. Prior to joining JDA in November 2014, Brooks served as Corporate Counsel and then General Counsel for Patton Hospitality Management in Asheville, North Carolina from 2011-2014, focusing primarily on asset acquisitions and dispositions, corporate and regulatory compliance, employment matters and litigation. From 2007 – 2011 Brooks litigated complex commercial and employment law matters in the state and federal courts of North Carolina. Before entering private practice, Brooks was Assistant Solicitor for the Seventh Judicial Circuit of South Carolina and law clerk to the Honorable Wyatt T. Saunders. She graduated from Wofford College in 2002 and Samford University, Cumberland School of Law in 2005, both with honors, and was the Associate Editor of the Cumberland Law Review from 2004-2005.