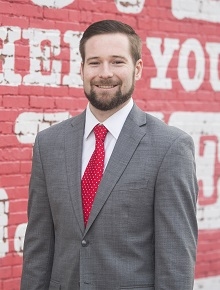 Brian Kearney serves as a Director of Development for the Self-Storage Division. His responsibilities include overseeing all development, design, and construction activity for the Self-Storage team's West Region pipeline. He has previously served as a Senior Development Manager. Prior to joining JDA, Brian worked as a Development Manager for Lidl US. While at Lidl, he was responsible for managing the development and construction of grocery store projects as part of Lidl’s initial expansion into the United States. Brian began his career at HITT Contracting as an Assistant Project Manager specializing in the construction of data centers and other mission critical projects. Brian received a Master of Engineering degree in Construction Management from Vanderbilt University. He also holds a Bachelor of Engineering degree in Civil Engineering from Vanderbilt.