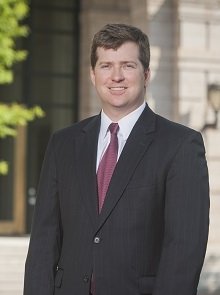 Andy Halligan joined JDA in 2006 and focuses on sourcing, site selection, development, management and leasing of JDA’s industrial projects in the Southeast and Southwest US. He relocated to Spartanburg in 2014 after running a satellite office for six years. Since 2006, Andy has been involved in the development, leasing and sale of over 10 million SF

of industrial product and over 650 acres of industrial land transactions.  Prior to joining JDA, Andy was in commercial banking with South State Bank. Andy graduated with honors from Wofford College with a B.A. in Finance.

Andy serves on the Terrier Club Board of Directors at Wofford College and is an officer of First Presbyterian Church of Spartanburg.