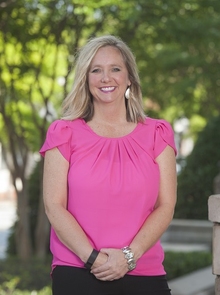 Dawn Kunak joined the Johnson Development family in February of 2013. She assists the offices of General Counsel and Assistant General Counsel with respect to real estate acquisitions, development, construction and sales for all divisions of JDA, including contract negotiation, due diligence, and closings. In addition to supporting the legal department, Dawn also assists Human Resources in handling Operational and Employment matters within the JDA family of companies. Prior to joining JDA, Dawn was Executive Assistant to the President and a Bank Officer for over 13 years with Capital Bank, f/k/a/ First National Bank of the South, and was the primary liaison between the Board of Directors, the Advisory Boards and Executive Banking. Additionally during 2010, she assisted Attorney Max T. Hyde, Jr., as a freelance Paralegal. From 1995 to 2000 she served as a Paralegal for two private practice law firms in Spartanburg, Andrew J. Johnston and W. Barry Bland. Dawn is a native of Spartanburg and earned her Associate Degree as a Paralegal from Greenville Technical College in 1993 and her Bachelor of Science Degree from the University of South Carolina in 1995.